contrails over London - taken during the "Planet under Pressure" conference, 2012 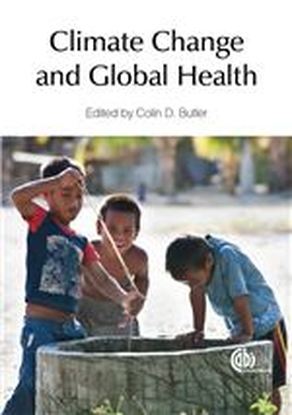 There is increasing understanding, globally, that climate change will have profound and mostly harmful effects on human health. This authoritative book brings together international experts to describe both direct (such as heat waves) and indirect (such as vector-borne disease incidence) impacts of climate change, set in a broad, international, economic, political and environmental context. This unique book also expands on these issues to address a third category of potential longer-term impacts on global health: famine, population dislocation, and conflict. This lively yet scholarly resource explores these issues fully, linking them to health in urban and rural settings in developed and developing countries. The book finishes with a practical discussion of action that health professionals can yet take.

Reviews including in The Lancet and Medical Journal of Australia 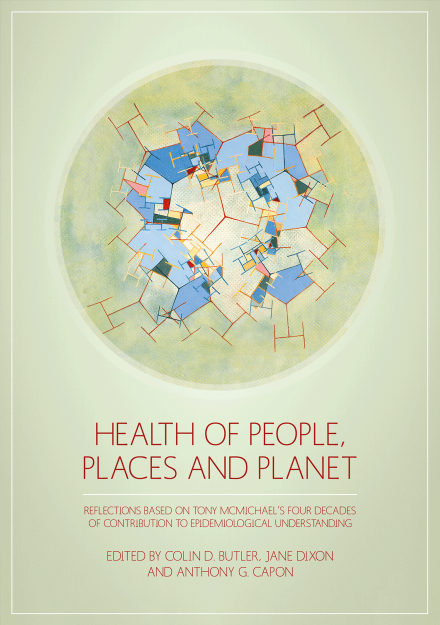 This book has three main goals. The first is to celebrate the work of a great public health figure, the late A.J. (Tony) McMichael (1942–2014). The second is to position contemporary public health issues in an interdisciplinary context and in ways that highlight the interdependency between the environment, human institutions and behaviours; a broad approach championed by Tony. The third is to encourage emerging and future public health leaders to advocate for policies and cultural change to sustain and improve human health, from a foundation of objective scholarship.

The book’s foreword and 38 chapters were written by people who were inspired by Tony; many of whom worked with him at some point in the last 40 years. Its structure reflects five major public health domains, each of which Tony made major contributions to in an extremely productive academic life: occupational health and safety; environmental and social epidemiology; nutrition and food systems; climate change and health; and ecosystem change and infectious disease. The final section, ‘Transformation’, is dedicated to Tony’s desire for public health scientists to propose adaptive and mitigating solutions to the problems they were observing.

Each section contains at least one key publication involving Tony. There is also a selection of artworks from an exhibition which formed part of the conference held to honour Tony at The Australian National University in 2012. This conference formed the first part of Tony’s festschrift, completed by this book.

Reviewed in The Lancet also, see file below